The Difference Between Storm Sewers & Sanitary Sewer Systems
Everyone has seen storm drains before, and just about everyone has heard of a sewer system. But could you name the major differences between the two of them? Do you know that the two of them can often be mixed up? Not only does this mistake keep some people confused, but it can also have damaging effects on the environment and the systems built within it. Here we outline the major differences between storm drains and sewer systems, and how to properly maintain them.  A storm drain is a system designed for the purpose of carrying rainwater or melting snow. They can often be found, built into roadside curbs, alleys, or basements floors. Storm drains often carry rainwater and melted snow through an underground system that ends up in nearby rivers, creeks, or the ocean. A storm sewer contains untreated water. So the water that enters the river or ocean at the other end is the same water that entered the system.

Everything You Need to Know About A Vacuum Truck | All Storm Drains Inc. 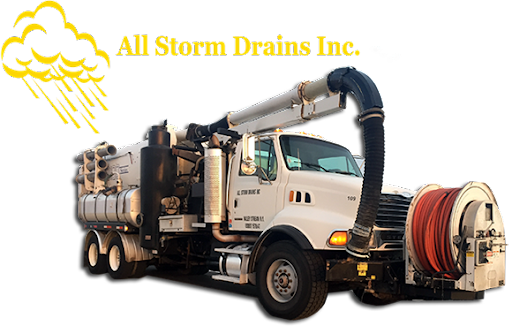 Everything You Need to Know About A Vacuum Truckhttps://www.allstormdrains.com/ You’ve probably seen them on the road, or on the job site: large industrial trucks with holding tanks, pumps, and suction hoses. They’re called vacuum trucks, and they provide a vital service to cities and businesses needing material removed from underground, overhead, or from a distance. Keep reading to find out everything you need to know about a vacuum truck.
What is a Vacuum Truck Used For?
Vacuum trucks, also known as vacuum tankers, are often used by cities to handle large-scale liquid and sludge clean up, most commonly in sewer and septic system maintenance. They can also be used in industrial and municipal settings to suction water and debris left from hydro-excavation or drilling jobs. From clearing mud to expose utility lines, to preventing sewer system overloads, vacuum trucks meet the needs of cities and industries requiring environmental clean up, storage tank upkeep, and waste management.
How Doe…
Post a Comment
Read more

Storm Drain Repair and Clog Prevention
Storm drains (also referred to as storm basins, catch basins, or area drains) collect and redirect rain or storm water and surface runoff from yards, streets, and driveways into the city storm drain system. These drains are often located near the home as well as in the street.

While storm drain covers are designed to include grates that filter out large objects that can lead to clogging these drain systems are, unfortunately, not 100% foolproof and do require maintenance or even replacement in certain situations.

We encourage all our customers to take regular preventative steps that maintain the integrity of their storm drains. But if a storm drain does become damaged, it’s important for homeowners and property managers to fix it as soon as possible, especially before the rainy season begins. Backups and clogs can lead to expensive and dangerous flooding, and in certain circumstances, broken storm drains can even lead to water penetrating and damag…
Post a Comment
Read more

Storm drain and catch basin cleaning are critical components to keeping local waterways clear. Best management practices should be incorporated into standard operating procedures to ensure performance objectives are met and to ensure the safety of the work crew performing the cleaning and the general public.
It is important to know the purpose of the cleaning, which is typically one of the following: Emergency— The requirement is to remove or relieve a blockage to prevent stormwater overflow, backup, noncompliance and property damage.
Routine maintenance — The requirement is to maintain the hydraulic handling capacity of the storm sewer system, as well as prevent point source pollution from entering a waterway.
New construction — The purpose of cleaning new construction storm drainage systems is to remove any sediment or debris that mats have accumulated in a new system during the construction process.  Once crews determine the reason for cleaning, it’s important to establish written st…
Post a Comment
Read more

How Often To Clean A Catch Basin | All Storm Drains Inc, AllStormDrains.com 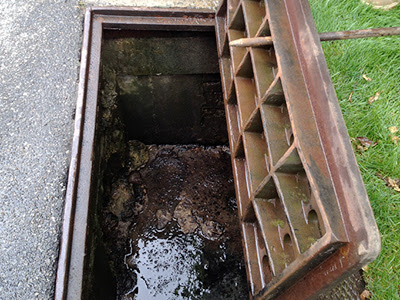 Discover How Often You Should Clean Your Catch Basins
Among the multitude of equipment a facilities staff must oversee, catch basins (or storm drains) are certainly not the most complex; however, they play a vital role in maintaining the safety and health of a facility. A catch basin accepts stormwater, provides some basic physical filtration, and then releases the effluent into the watershed or a sewer system.
So as long as storm water continues to drain, what is there to worry about? Probably not much — but at some point, the catch basin will back up, and a contractor will be brought in to fix the problem until the next flooding occurs. For many facilities, such a “run-to-fail” policy may be working just fine. But is it the most economically efficient approach to managing catch basins? To answer for yourself, consider some of the differences between these two options: Conduct biannual inspections and perform cleanings as needed.Fix problems as they arise. Consider Option 1:  When perfor…
Post a Comment
Read more 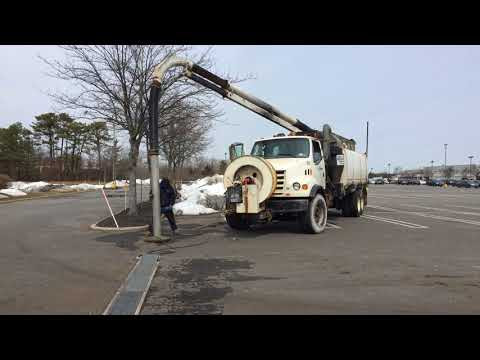 
A drywell is a small excavated pit filled with either gravel or stone that plays a vital role in temporary storage of rainwater until it eventually soaks into the ground soil. Its connection to a roof downspout is direct or indirect for effective collection of rainwater. Although it has many merits associated with rain garden, it barely involves landscaping or planting maintenance. Many people prefer to install a drywell at home because the overall installation cost is affordable. Ideally, it is the one of the quickest and simplest ways to manage rainwater from the rooftop, allowing it to infiltrate through the soil. This in turn recharges the ground aquifer. In addition, it enhances water quality as it effectively reduces rainwater runoff and sewer overflow into the local streams and rivers. Over the course of time, solid and scum, lint as well as soap in wastewater can easily clog openings in the well walls and pores in the surrounding soi…
Post a Comment
Read more
More posts